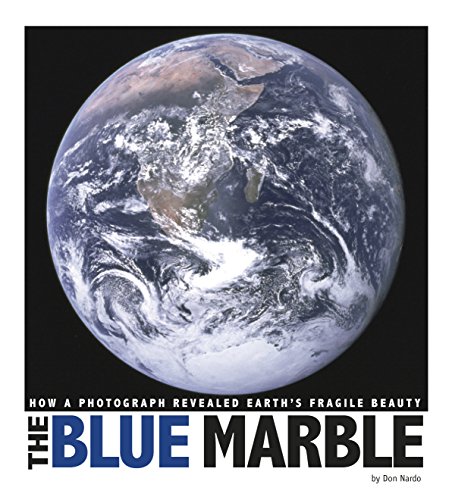 The astronauts headed to the moon in December 1972 thought they knew what to expect. They would soon be exploring the moon's surface in a lunar rover, traveling farther than anyone before them. They would be collecting soil and rock samples for study back on Earth and could expect to learn about the moon's physical makeup and age. But what they didn't expect came as a huge bonus. The astronauts of Apollo 17 would produce an amazing photograph of planet Earth a lonely globe floating in inky black space. Their stunning Blue Marble image was destined to become one of the most reproduced and recognizable photos in history. And no one is 100 percent sure who took it.