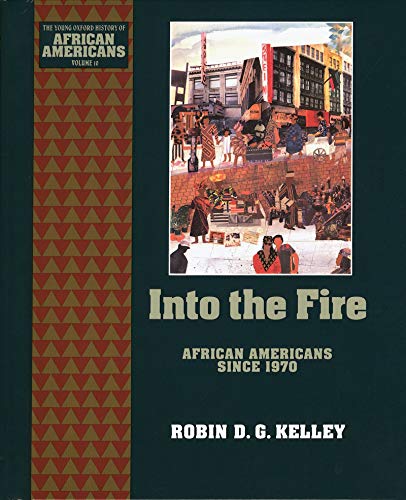 When something goes from bad to worse, we say it "fell out of the frying pan and into the fire." This timeless phrases succinctly captures what has happened to the majority of African Americans since the 1970s. The civil rights movement of the 1960s brought about remarkable gains for most black people, and by 1970 African Americans were beginning to be key figures in national politics and in corporate board rooms. The black middle class was decidedly growing, and thus a handful of African Americans escaped the frying pan altogether. But after 1970, heavy industry began to disappear as American companies looked to foreign lands for cheaper manufacturing. Millions of jobs were lost. The number of black poor began to grow dramatically, city services declined, federal spending on cities dried up, affirmative action programs were dismantled, blatant acts of racism began to rise again, and the United States entered a deep economic recession.
But this decline is only part of the story. Since 1970, the black community has resisted oppression, struggled for power, dealt with internal tensions and conflicts, and profoundly shaped American culture. This book explores a range of issues that the African American community faces in the late 20th century: the rebirth of black nationalism, the emergence of a new black conservative movement, the challenge of black feminism, the impact of Caribbean immigration, the rise of rap music and hip-hop culture. It looks at the impact on African American life of such diverse personalities as Roy Innis, Toni Morrison, Anita Hill, Jimi Hendrix, Louis Farrakhan, Angela Davis, Spike Lee, Barbara Jordan, Shirley Chisholm, and Jesse Jackson, among others. Into the Fire will challenge and be challenged by readers of all ages, and calls on our young people to exercise their power to determine the outcome of chapters yet to be written in the history of African Americans.