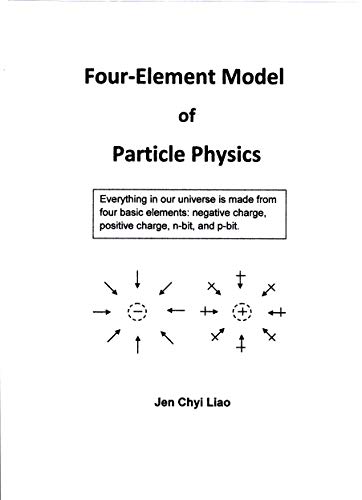 Ancient Greek philosophers introduced a "Four Element Theory" saying that the four most basic elements of our universe are earth, water, air and fire. From modern view of particle physics, the most basic elements of our universe are the so-called fundamental particles such as electrons and quarks. In this book, the author presents a "Four-element Model" with a novel idea that the most basic elements of our universe are: positive charge, negative charge, and two tiny energy carriers named p-bit and n-bit. The underlying concept of the four-element model is that everything in our universe is made from the above-mentioned four basic elements. All forces between particles are the result of interactions among these elements. Mass and gravity have the same origin based on this concept. The four-element model consists of eight postulates on fundamental elements of the universe, particle structures, electromagnetic force and radiation, origin of mass and gravity. The content of this book is easy to comprehend as mathematical expressions are kept to minimum. In addition, a brief introduction on the basic concepts of particle physics is provided for readers who are not familiar with this field.

Please note that the view presented in this book is the author’s own, and is not only different from that of the main stream concepts of particle physics today but also has not been verified or validated by any means.