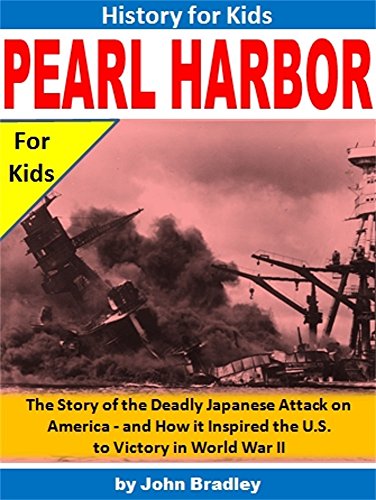 Pearl Harbor for Kids: The Story of the Deadly Japanese Attack on America - and How it Inspired the U.S. to Victory in World War II (History for Kids)

For two hours, the Japanese barrage destroyed nearly 20 American naval vessels and almost 200 airplanes. More than 2,000 American soldiers and sailors were killed that day, and another 1,000 were wounded.

This short, easy-to-understand guide reveals the true story of one of the most important events in American history.

* The events that invevitably led to the attack on Pearl Harbor.

* A blow-by-blow account of the shocking and overwhelming Japanese bombing barrage.

* How the deadly attack could have been prevented - if only the U.S. commanders had paid attention to the warnings the Japanese were giving them in the weeks before the attack.

* How the United States courageously recovered from Pearl Harbor to go on to win World War II.

* How we honor those who lost their lives and what lessons we can learn from them.